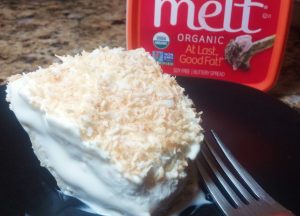 Preheat the oven to 375 degrees F.

Spread the shredded coconut on a baking sheet. Toast for 2-4 minutes, until just golden while watching carefully. Remove and cool.

Scoop the filling into the cooled pie crust. Top with the remaining whipped cream and sprinkle generously with toasted coconut. Chill for at least 4 hours or overnight.